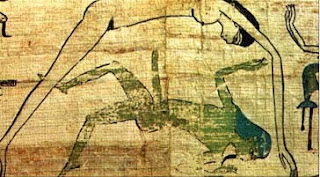 The ancient Egyptian god of the Earth was Geb, one of nine gods that were said to have been created in the beginning of all. He was also the god of vegetative growth, so sometimes is depicted as a nude man with green skin. Geb was the husband of Nut the Sky Goddess, for whom His desire was so great that at first the pair was constantly engaged in sex. Eventually they had to be separated by Shu the God of air. Because this excited tension between the Earth and the Sky always exists Geb is often shown as a man reclining, with his phallus still pointed towards Nut. As a symbol of sacred Male Mysteries Geb is portrayed within the Emerald Phallus, a symbol of "male beauty incarnate"﻿﻿﻿﻿﻿﻿.

~
﻿﻿﻿﻿﻿﻿ I've carved a genuine emerald phallus from raw rough emerald stone as a symbolic representation of sacred male genitalia; I honor the sacred Masculine as well as the sacred Feminine. Working with picks and files I formed the chunk of stone into a phallic symbol of the Egyptian God Geb, in the natural greens of emerald.

The photographs are all different perspectives of the same item. The coin is shown for size comparrison. 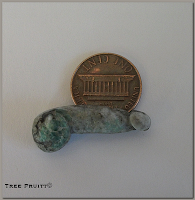 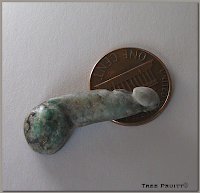 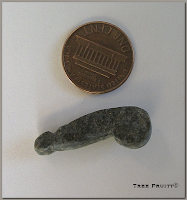 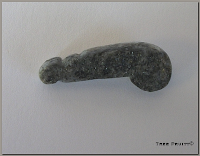 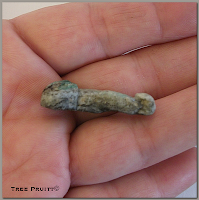 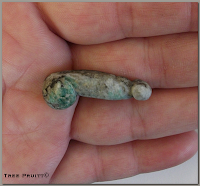